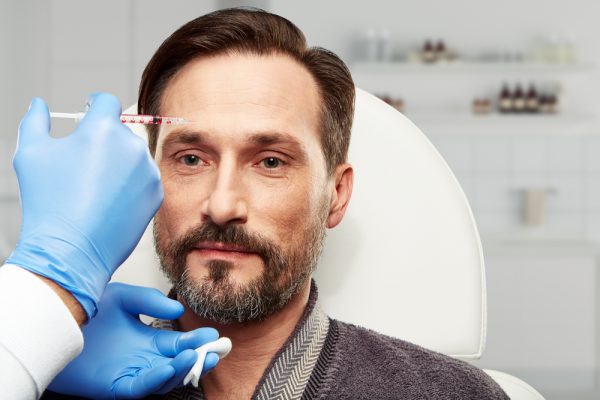 by Anzhelika Voloshyna at Shutterstock

There are a lot of terms floating around the cosmetic medical market. It can be quite overwhelming if you’ve never undergone one of these procedures. For instance, Botox and Dysport – two incredibly common procedures – are similar and yet so vastly different. Most people don’t know the difference, though. We’re here to shed a little light on both, so you can choose the right one for your needs.

First, it’s important to note that both Botox and Dysport are neurotoxins (botulinum toxin type A), and are FDA approved, designed to treat fine lines and wrinkles caused by aging. Both noninvasive procedures provide similar results and are chemically similar, but have key differences, too. For instance, they’re not interchangeable. Botox and Dysport have their uses, despite being similar, and proper dosage for either is crucial.

Similarities Between Botox and Dysport

Everyone eventually endures fine lines and wrinkles caused by aging or due to repetitive muscle movements each day. These movements stem from smiling or squinting in the bright sunlight. With squinting, over time, what is known as “crow’s feet” will begin to form around the eyes. At the same time, raising your eyebrows regularly will cause noticeable forehead lines to form.

Botox and Dysport were designed to treat such lines by relaxing the muscle tissue under the skin to ensure these muscles do not contract too tightly. Either product is injected into the target area to block nerve impulses temporarily. The result is decreased muscle movement and increased relaxation of the muscles to help reduce wrinkles.

Furthermore, both are temporary. After 3-6 months, you’ll want to schedule another appointment for a touch-up.

The differences between Botox and Dysport tend to come down to the characteristics of the formula more than anything else.

Your choice between Botox and Dysport will come down to both preference and the location of the injection. As we said, Dysport, while effective for large areas, is not ideal for small-scale treatments. Botox is ideal in these areas.

It’s easy to schedule either Botox or Dysport treatments in Plano, TX with Beauti Science Med Spa. Schedule an appointment with us by calling 214-280-4316!

“Debbie Boyte is the best. I am a business owner that gets minimal sleep, and my results with Debbie were amazing. Before Debbie my previous provider had the Fillers looking like hot dog wieners under my eyes. Now my eyes are bag free! I am one happy customer and will be returning.”

"I am new to injections and my facialist recommended I go to Debbie. Both my mom and I have been and we are very pleased with our results. Debbie listens, takes her time and is very thorough. Her work is not obvious, she knows how to make you look refreshed and natural."

Our Plano Med Spa is currently accepting new patients. To schedule an appointment, please book online or call us at 214-280-4316. We look forward to seeing you.